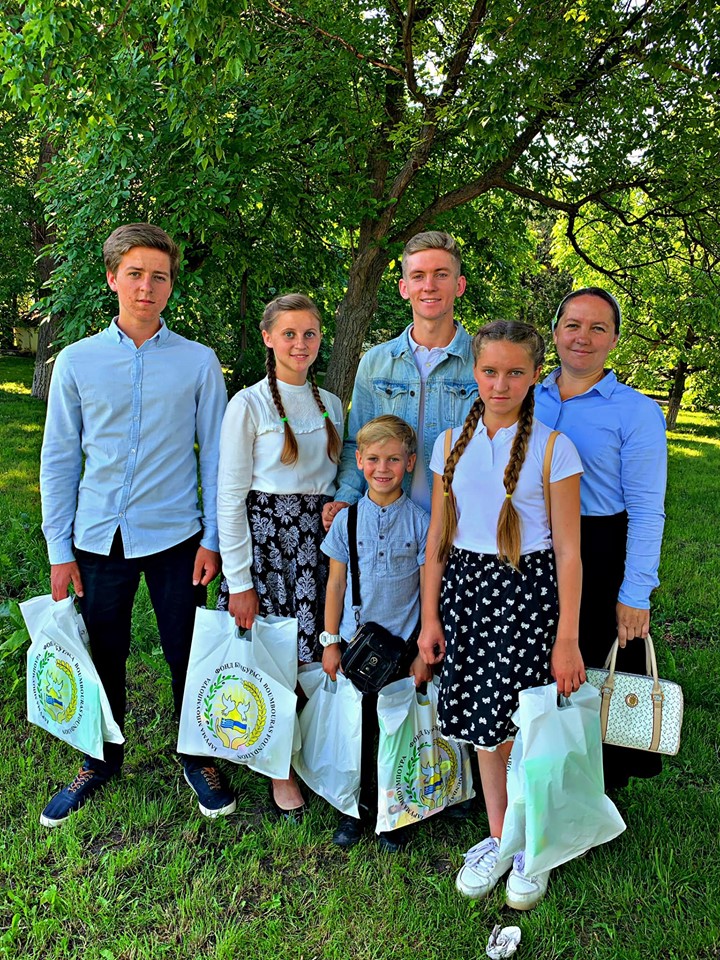 New seasonal shoes and stationery sets were received by children from the Oknyansky and Berezovsky districts of the Odessa region. These children live in orphanage in the village of Berezovka or come from socially disadvantaged families in the villages of Oknyansky district.

“Children of the Region” is not a simple project. First of all, in terms of organization. We come to every district of the Odessa region.
During the day we personally communicate with dozens of children from completely different families. Before the start of the project, we had a main rule - only targeted assistance. The project volunteers, together with the staff of the Boumbouras Foundation, collect gift sets for a specific child, knowing their age, sizes of clothes and shoes. Care is shown through the details. And we always remember that. In the near future we plan to announce a new phase of the project. Now we are developing its mechanics,” added Vasilis Boumbouras, executive director of the “Gefest” construction company.

Within the framework of the project “Children of the Region”, which was initiated by the charitable organization “Boumbouras Foundation” in December 2018, gifts were delivered to 70 children.

“Our traditional trip to the region coincided with a wonderful holiday - International Children's Day. We are sincerely glad that we have the opportunity to give children joy and smiles. And especially to those who are in dire need. After all for a child the main thing is attention and care. And there is no such thing as other people’s children” said the President of the Foundation Pantelis Boumbouras.

Thus, thanks to the initiative of the Greek philanthropist and businessman, the necessary material support was already received by children from 17 districts and 3 towns of the region.