Project “Children of the Region”: another 150 children from low-income families from the Odessa region received new shoes 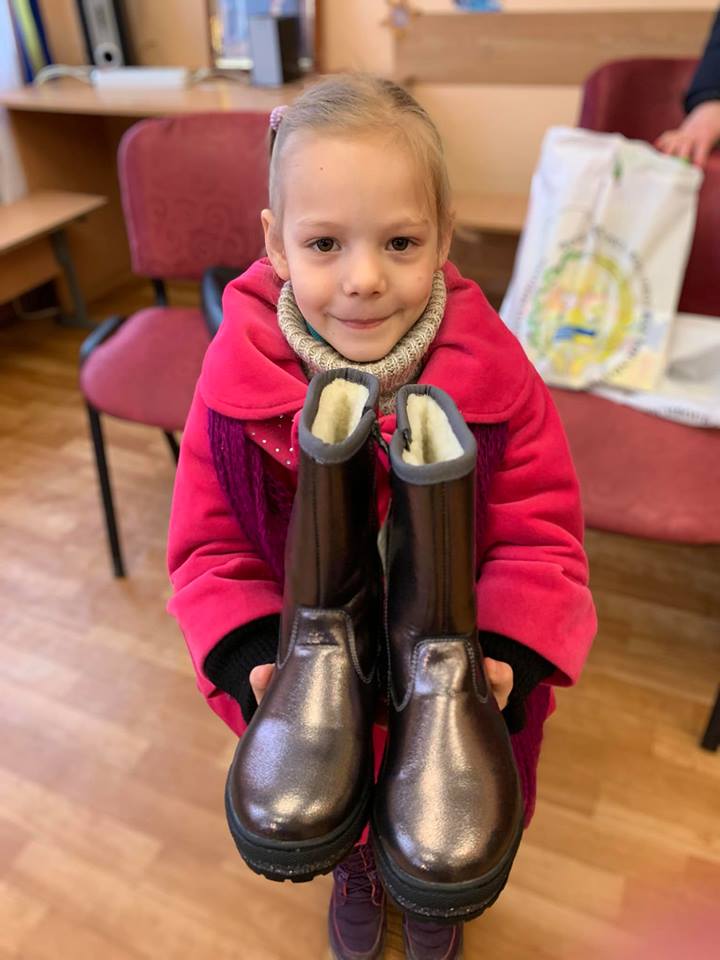 The Head of the NPO “Boumbouras Foundation”, Greek patron mr. Pantelis Boumbouras provided with seasonal shoes more than 150 children from the Odessa region.
The project “Children of the Region” is a new social initiative of the Foundation, within the framework of which it is planned to reach more than 700 children of the socially unprotected category.

In February 2019, children from low-income families, orphans, and children deprived of parental care from the Kiliyskii, Izmailskii, Reniskii, Bolgradskii and Tatarbunarsii districts received a new pair of shoes and stationery sets.

The project was supported by Odessa volunteers, regional and district services for children.

“Social initiatives are an important component of our company's ideology. I believe that the duty of every businessman is not only to take, but also to be able to give. Children are the best investment in our future. Sometimes a little deed can be the beginning of something big. After all, there are no strange children,” mentioned Pantelis Boumbouras.
It is worth noting that the implementation of the project "Children of the Region" began in December 2018. The first new shoes and stationery sets received 150 children from Nikolaevskii, Limanskii, Belgorod-Dniestrovskii, Ovidopolskii districts of Odessa region, as well as from the cities of Yuzhnii and Chernomorsk.

“It seems to be a pair of shoes? It is seems like something modest for us - the city inhabitants. But for some families from a deaf village - this is a whole problem. There are cases when a child does not go to school or kindergarten, because there is no shoes to go or children obliged to wear it alternately. Nonsense for us, and for someone - the whole tragedy. If there are 6 children in a family and they raised by a single mom?! ”, noted the journalist, volunteer Yulia Nikandrova.