Archbishop of Athens and All Greece awarded Pantelis Boumbouras for philanthropy 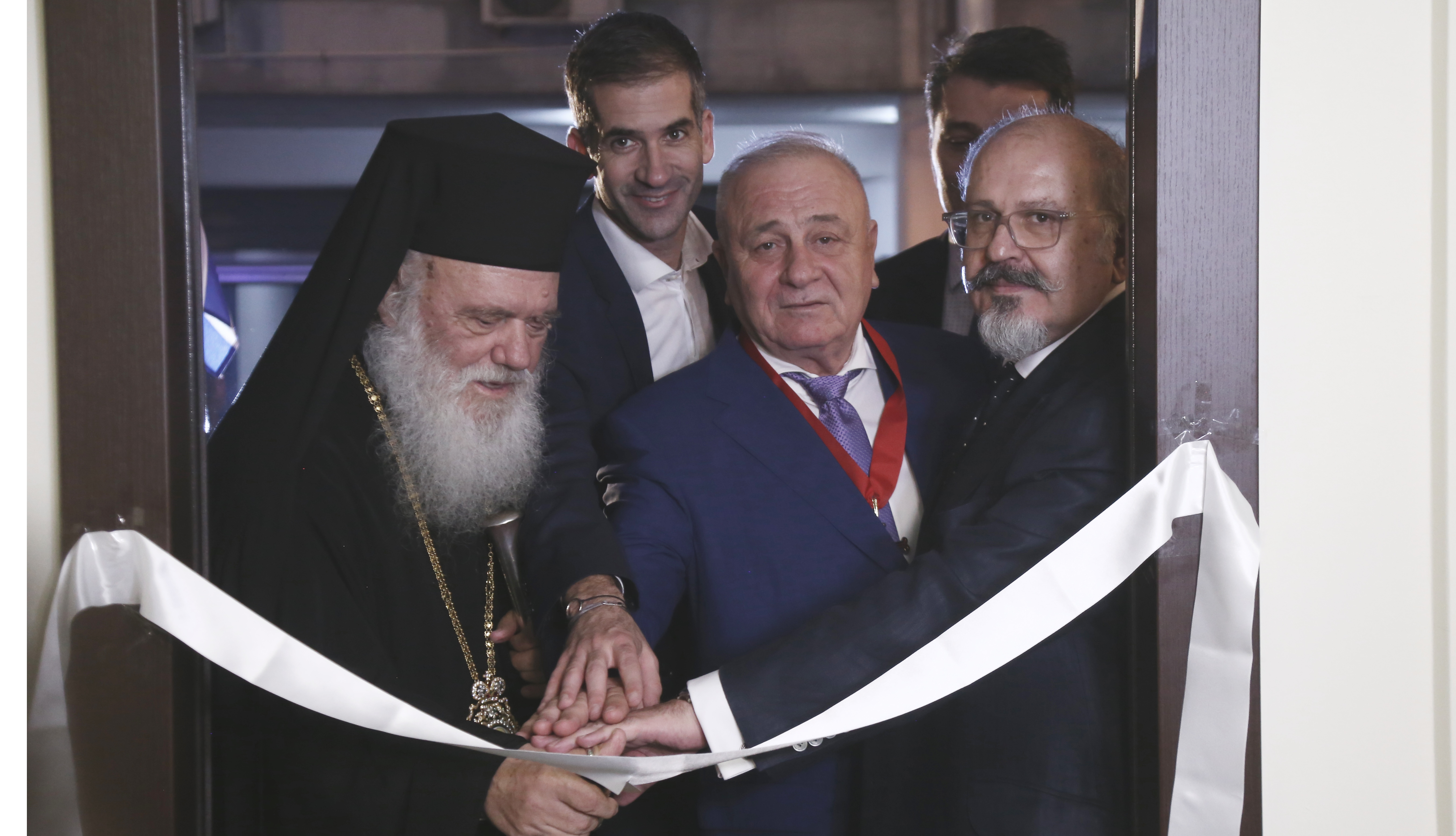 His Beatitude Archbishop Ieronymos II of Athens and All Greece handed the highest church award to the philanthropist, the Cross of the Athenian Archdiocese, to the owner of the construction company “Gefest” Pantelis Boumbouras. It is noteworthy that throughout the history Greek philanthropists received no more than 10 such awards from the church.

The solemn presentation took place during the official opening of the Center for Youth and Music Education of the Holy Archbishopric "St. Panteleimon" in Athens, the construction of which was sponsored by the philanthropist. It was in his honor that the initiators named the new Youth Center.

This award marked the special contribution of Pantelis Boumbouras and his family to the development of spiritual values, devotion to the ideals of good, and also help in the development of the Archbishopric.
The mayor of Athens, Kostas Bakoyannis, noted the importance of opening a center of this level for the city and the country as a whole.

In his turn, Archbishop Ieronymos II thanked the patron for his contribution to the development of spirituality, culture and education of Greece.

“In the church sphere, the best investment is investing in our children. The big problem of the era is disappointment, and it is very difficult to overcome it. Therefore, it is better to pre-invest in family values, the church. God, in a manner known only to him, sends us those people who open the doors. It was Mr. Boumbouras who opened the door of this undertaking and created a small miracle. Many thanks to the person who took over this good cause and his family who accepted this offer with love, ”said the Archbishop of Athens and All Greece, Ieronymos II, speaking at the award ceremony.

“I am honored to receive such a high award. I am glad that I have the opportunity to contribute to the development of the spiritual and cultural potential of the younger generations. The duty of every businessman is to be useful to his country, his people. It so happened that I live in two countries at the same time - in Greece and Ukraine. And both states are my home. I really hope that my family and I will be implementing many more socially significant projects, ”said Pantelis Boumbouras.

It is worth noting that the owner of the “Gefest” Pantelis Boumbouras is one of the largest philanthropists in Ukraine. Among his main projects - the construction of the Greek Park in Odessa, financing for participation in the educational program "Emerging Leaders" at the Kennedy School at Harvard University, large-scale humanitarian aid to the Ukrainian army, the creation and financing of departments of the Greek language in a number of Ukrainian universities, etc.